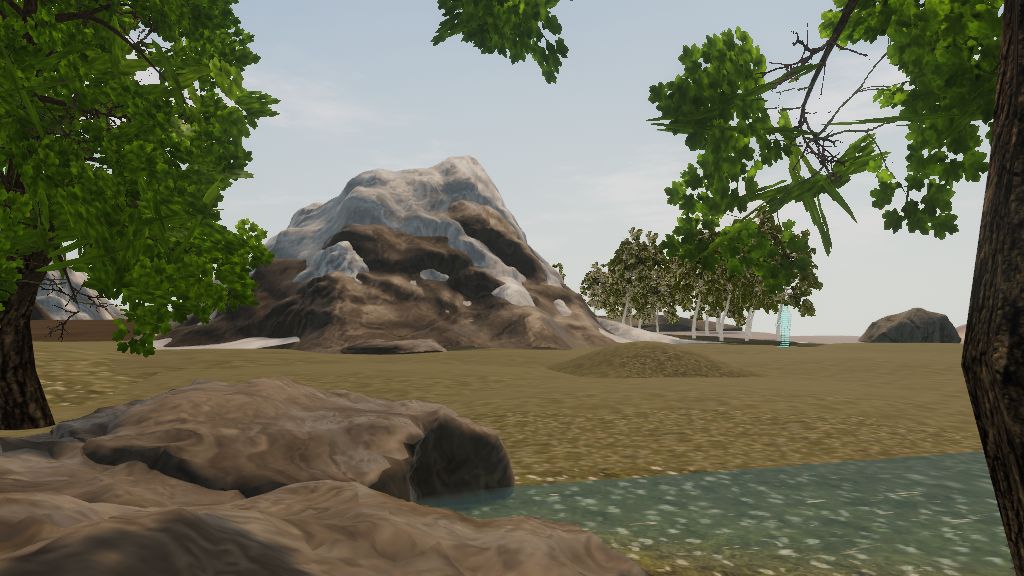 An active subscription is needed to use this as a template.

Environment design depicting large open spaces comes with it's own set of challenges, especially when targeting Virtual Reality environments. But at the same time they make VR scenes really shine, it is a liberating feeling for the user to be present in a wide open space.

The biggest challenge creators face when setting up those environments is performance. The bigger the radius of the open space is, the more objects need to be placed around it, the more objects need to be placed, the bigger the performance hit is, especially on devices with mobile chips doing all the work, like the Oculus Quest. And other than in extremely open settings (think Kansas), only oceans and large bodies of water allow for a flat horizon. Without visual delimiters on the horizon, large open spaces can easily look like the creators have forgotten something.

The other challenge is to introduce variation and keeping the backdrops interesting, ideally generating a sense of wonder and inviting exploration. It is a great exercise for creators to simply search for "Zelda Breath of the wild screenshots" and research how the master designers at Nintendo's own studio tackle the challenge.

The good News is that all Blocksmith provided objects include several low resolution versions which are useful in this scenario. Creators can rather liberally use greatly enlarged rocks and mix them with mountain objects to depict far away mountain ranges. A trick there is to almost merge two mountain objects, one of them slightly rotated and coming with a different texture set like snow or grass to make mountains look interesting.
Creating variety in the backdrop can also be achieved with tree groups, especially when used in connection with mountains or rocks. A few trees can already look like the entrance to a hidden valley behind a mountain and do a great job of making the scene interesting.

This experience is saved as a remixable template, feel free to message me with improvements and suggestions on how to make the scene pop.

By markus
I'm the Blocksmith CEO